Tomorrow at 2:00 pm GMT the Bank of Canada (BOC) will be sharing its monetary policy decisions for the month of June.

Planning on trading the event?

Not before you read these points!

What happened during the previous statement?

BOC Governor Macklem and his team led the tapering pack among the major central banks when they tapered their asset purchases from 4 billion CAD to 3 billion CAD last April.

In its statement, the BOC cheered the better-than-expected performances of the global and Canadian economies thanks to fiscal stimulus and the pace of vaccine rollouts even as they worried about the impact of new restrictions.

And if that wasn’t enough to fire up the Loonie bulls, the BOC crew also hinted that they may raise their rates as early as the second half of 2022, sooner than the 2023 rate hike that they had projected in March. The cherry on top was the central bank upping its 2021 forecasts from 4% back in January to 6.5% in April.

The Canadian dollar got a good boost at the release of the report, but it soon gave up most of its intraday gains when traders turned to the European Central Bank (ECB) announcement scheduled for the next day.

BOC members will likely continue to be optimistic about the vaccinations and more re-openings in the summer months, but the impact of the latest COVID-related restrictions and recent data misses should keep the central bank from being more hawkish than it was in April.

Watch out for talks of more tapering, though. If the BOC plans to reduce its asset purchases to zero by year’s end as some are speculating, then it would need to start cutting its purchases soon.

The BOC will likely repeat most of its points from back in April and then pepper their statement with just enough optimism to warrant more tapering in the next few months.

The Canadian dollar has been having spotty performances so far this June, gaining pips on the Kiwi and euro but losing pips against the rest of its major counterparts. 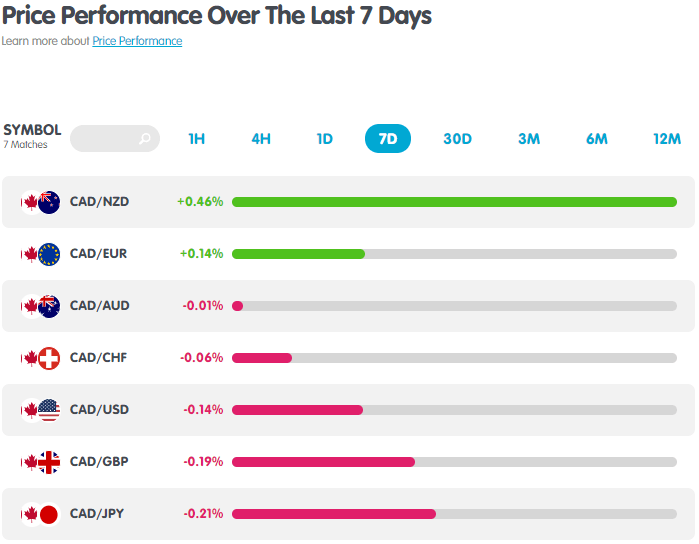 Will the BOC’s event bring the bulls to the Loonie’s yard? Talks of more tapering or a reminder that BOC is thinking about tightening could boost CAD higher across the board.

Before you place your orders, though, you gotta note that, like in April, the ECB is once again scheduled to print its own policy decisions a day after the BOC’s event. Keep your eyes peeled in case traders decide to take their intraday profits after the BOC’s decision to get ready for the ECB’s event!

If you’re uneasy about the potential volatility during this major market event, there’s no shame in sitting on the sidelines and just watching price action unfold. Good luck, fellas!