The current level of interest rates makes no sense and is the result of academics around the world running monetary policy. I view the recent drop in yields as a near term opportunity to short bonds and to fade the upward price momentum recently seen in the fixed income markets.

I am bearish on stocks and bonds and at the polar opposite of Mae West who once said, “I only like two kinds of men, domestic and foreign.” 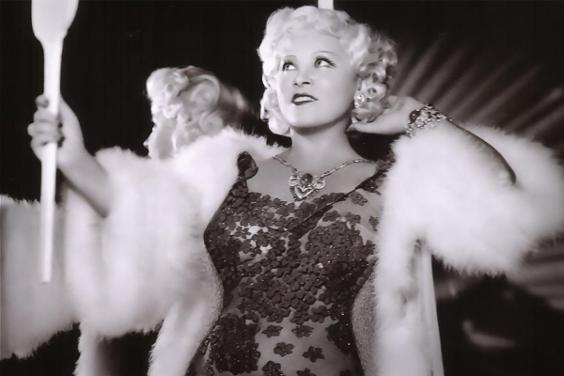 Catching many shorts offsides it appears that some (see Guggenheim’s Scott Minerd CNBC interview) began to feel that this was the beginning of a drop in yields back towards 1% as the market seemed to have begun to raise the possibility of an economic slowdown as the fiscal stimulus moderates, and even a possible COVID comeback with new shutdowns.

While I share some of these concerns – I am not as extreme as Rosie, Hunt and Shilling – I would strongly challenge that forecast of a lower 10 year yield, which seems to me to be more of a reaction to the market’s momentum than being grounded in hard fundamentals.

Technical conditions seemed to setup nicely on Thursday for my short. I felt an attractive short entry point was reached on Thursday into a deep technical overbought, with the RSI at the highest level since March, and Daily Sentiment up to 90. As well, the 1.26% low yield sat on top of its 200 day moving average.

I would have been less enthusiastic if the fundamentals were not aligned. However, I was encouraged that the CRB Raw Materials Index was virtually at its 10 year high Thursday.

In summary, given the likely economic growth outlook and inflationary backdrop coupled with a possible earlier monetary pivot, relative to consensus expectations, I am of the view that the bond market is just another market that has gone to extreme (see below) – not unlike the peaking of SPACs and speculative gewgaws (e.g., (GME) and (AMC) ) in early 2021 or many other markets that seem steered and overly influenced by the market’s structural evolution towards passive investing (ETFs and quant strategies and products) and by other market participants that worship at the altar of price momentum.

And I am shorting the bond market – which, as I will show (but can never prove!) below, is, arguably, grossly overpriced.

A Sense of History

* What history tells us about where interest rates might be going

While I can make an educated guess, I am not an econometrician so I can’t really make a rigorous interest rate forecast.

I can, however give an historic perspective on what current rates are telling us and, provide the calculation of where interest rates should be given current inflationary expectations and specific – or consensus – domestic GDP projections.

So, let’s go through my methodology, which I have mentioned in the past, this morning.

* Rarely has the relationship between the 10 year yield and nominal U.S. GDP moved under 0.8x – until the last few years.

* But, given global monetary policy, demographic trends, the savings glut and other deflationary impacts (like the force of Amazon (AMZN) and other purveyors of low cost products – see “What’s Up with the Ten Year Yield“) perhaps the 10 year yield should be lower as measured against nominal U.S. GDP.

* Let’s be conservative and assume the multiplier moves from the five decade average of 1.0x to 0.8x.

With the equation above, we can now solve the following:

Solving for Y (above) produces the conclusion that the current note yield (1.3%) and inflationary expectations (2.5%) produce an implied Real GDP growth rate of negative -0.85%/year, no where near any economists’ forecast. This makes little sense and supports the notion that the 10 year yield should be much higher.

If Real U.S. GDP growth can be sustained at about 3% (a big bump this year, but, on average over the next three years) and inflation is at 2.5%, where should the 10 year note yield be?

Solving this question by making Y= +3% (consensus Real GDP projections 2021-2023) and X=2.5% (consensus inflation) making nominal GPD 5.5% and using a 0.8x multiplier produces a theoretical ten year U.S. note yield of 4.4% (!), more than 300 basis points above the current 10 year yield!! This exercise, like the first one, also supports the notion that the ten year yield should be much higher.

I remain short bonds in the belief that bond prices are criminally high and bond yields are far too low – from an historical perspective.

Market Quite Often Go to Extremes

In a market dominated by momentum traders of all sizes and techniques and by the distortion from the dirty water of liquidity — I strongly believe that “price is not truth.” And that includes the Federal Reserve which has materially distorted the price of Treasuries.

I recently launched my new hedge fund, Seabreeze Capital Partners LP, based on the notion, as expanded upon in a column three weeks ago, “Ms Market Goes To Extremes” — that the artificiality of prices, across many asset classes, provides opportunities to capture for those that are unemotional and have a sense of value:

The market, she is a fickled temptress.

Incalculable and unpredictable and with greater and greater frequency, it moves out of the darkness (March, 2020) and into the light (from then on!). And vice versa, from light into darkness (December, 2019).

Knowing Little About Value and Everything About Price

I welcome change but, we are likely in a market where price often bears little resemblance to truth as natural price discovery is prevented or marred by policy, fiscal and monetary, as well as by the changing market structure from active to passive investing, the later which worships at the altar of price momentum.

The sharp influence of policy, structural market changes and reckless trading communities – that exaggerate price movements, up and down – provide dating and investing opportunities.

This artificiality in price provides an attractive relationship with Ms. Market – and it should be embraced dispassionately – as traders and investors with a good sense of humor (!) and value can take advantage of the price extremes that are exaggerated by these factors.

This discussion must be supplemented by mention of the increased influence of the cowboys and cowgirls on Redditt, following @stoolpresidente (David Portnoy) and WallStreetBets (read: GameStop (GME) and AMC (AMC) stupidity) which has become a third influence to the exaggerated, short lived and artificial price action and movement.

And it must also incorporate the foolishness of many previously sober “talking heads” who have acquiesced and have provided pom poms to an impetuous and incautious trading community that looks increasingly less educated than any such body of traders in the past.

For some time Ms. Market has traded well above my calculation of intrinsic value – again, propped up by excessive fiscal and monetary policy as well as benefiting from the positive momentum embraced by passive strategies and products and by so many YOLO (“you only live once”) traders and investors who worship at the altar of price.

My advice? Avoid the beauty contest of price momentum that has arguably led to relatively large extremes of overvaluation today. I see extremes currently in opening trades (travel and leisure), value (like banks), cyclicals and in other areas.

Consider selling in June before the anticipated market swoon.

For sometimes it feels like the market is going too fast… and I am fearful how much longer this feeling will last!

(This commentary originally appeared on Real Money Pro on July 9. Click here to learn about this dynamic market information service for active traders and to receive Doug Kass’s Daily Diary and columns from Paul Price, Bret Jensen and others.)

(Amazon is a holding in Jim Cramer’s Action Alerts PLUS member club. Want to be alerted before Jim Cramer buys or sells AMZN? Learn more now.)

Get an email alert each time I write an article for Real Money. Click the “+Follow” next to my byline to this article.